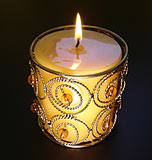 January 27 is the annual Holocaust Remembrance Day. This date was chosen by the United Nations because it is the anniversary of the liberation of the Auschwitz death camp.  Social Acceptance, Humanity and Autism was written to commemorate this day and Holocaust Memorial Day (Yom HaShoah) in the Jewish calendar. It is worth another read.

It is important to remember that before the Nazis came for the Jews, they tried to eradicate the disabled in their midst. So for me this say has a dual meaning, for my boys were twice threatened by this evil society and the complacency of the world...sadly with the lack of respect for the disabled that still abounds and the growth of antisemitism worldwide, particularly the growth of Holocaust denial and Holocaust inversion,  it seems that ignorance and hate never does end. But it doesn't mean we give up the fight for understanding.

As a side note: one in five German highschool students do not know that Auschwitz was a death camp.

KADDISH is the Jewish prayer for the dead. From The Jewish Virtual Library:

The Kaddish is a prayer that praises God and expresses a yearning for the establishment of God's kingdom on earth. The emotional reactions inspired by the Kaddish come from the circumstances in which it is said: it is recited at funerals and by mourners.

The opening words, yitgadal t'yitkadash, were inspired by Ezekiel 38:23 when the prophet envisions a time when God will become great in the eyes of all the nations. The response of the listeners to the first lines of the mourners is a public declaration of the belief that God is great and holy: Yehei Shmei rabba mevorakh l'olam ul'almei almaya (May His great Name be blessed forever and ever). This response is central to the Kaddish and should be said out loud by all present when the prayer is recited.


My recommended books on the Holocaust:

A really good movie is Judgement at Nuremberg. I know that there have been dozens of Holocaust movies since then, but this movie makes more of a statement with its words than most movies do with their pictures.