Glee did the Fleetwood Mac,  Rumors album this week. Boy did that bring back memories. Truth be told the album itself has significant meaning in my life, but the song Dreams has a more pertinent meaning for my children. We once again faced someone trying to stamp out the boys' dreams. It never really stops. Unfortunately this time it came from people we thought were part of his village of support.

The more I think about it the more upset I get over the testing that was done for collegeman a few weeks ago. Its not that they found anything that I didn't know about. What bothered me was their cavalier attitude that they know what is best for collegeman. That somehow the fact that hubby and I raised him doesn't fit into the picture. Our opinions of who he should be and what he could accomplish mean nothing.

They decided after testing him for 6 hours that  his dream of law school was beyond his reach, despite the fact that he is highly intelligent. They decided that his anxiety is too pronounced. They told me that he should follow his interest in history but shouldn't go full time for a graduate degree either. He should take a class, one at a time, as he works for a foundation doing research, because there are also just so many jobs out there for history researchers. In other words they decided that his future is not of his choosing. That he should sit in a basement somewhere, away from living people, dealing only with the dead because school causes him to become overwrought.

Oh and they also told me that the psychologist who works with collegeman agrees that law school would be too much for him. In the meantime, the papers I asked them to fill out so collegeman could apply for accommodations for the LSAT were not filled out as I requested. Yes, highly unprofessional. Needless to say the psychologist got a phone call from me that he is not going to forget for a long time.By the time we were done he claimed they misconstrued what he said and that they used it for their own devises and that he would take care of it.


I like this youngman, the psychologist very much. He has helped the boys and is very invested in their doing well. I think he may have his own concerns about collegeman's anxiety, but as I said to him that means you help him deal with the anxiety, not stick him in a basement and ruin his life, taking from him everything that he holds important. If you didn't know this about me before now, you really should know that you never tell either of my children that they cannot do something that they want to do. You find a way to help them reach their goal. The psychologist told me that I remind him of Temple Grandin's mother. You never say never to either one of us. OK, will definitely take that compliment any day.

It was funny because I said to him, its not like they are paraplegics who want to run the New York City marathon to be told they can't do something. The psychologist's response was, "truthfully there are ways that paraplegics can do just that too." Never underestimate the human will I say. I think classes on the human spirit need to be part of any psychology program. Why is it that so many in the psychology profession seem to lack any understanding of that element of the human heart. 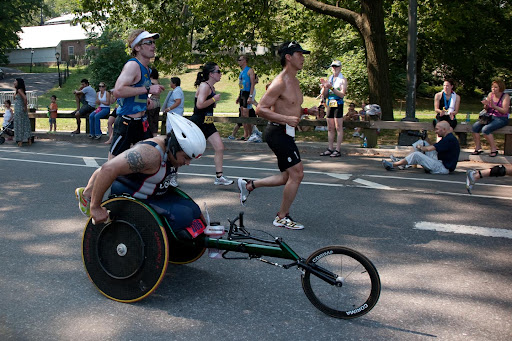 He said he would talk to the director and take care of the problem. I texted him to see if he had a chance to talk to her. I never heard from either of them about this issue. I suppose she wasn't going to call me and do an act of contrition. I project that she will just change her attitude and have a talk with the testing therapist.  He texted me back that he thinks she gets it now. I did get a call today from the director that the papers for the LSAT requests are all filled out and I asked them to put it in the mail.

By the way, hubby was furious. He said that if we were other kinds of parents and took to heart what they said, we would have allowed them to turn collegeman's dreams upside down. Damn I wonder if they even care what an uproar they could cause in people's lives or do they think that they are just all knowing that they are infallible and can do no harm. You know I thought we were past that with the psychiatric world. Apparently we are not.

Yes, I am still pissed off. (Can you tell?) It's why this post took so long to write (the meeting was several weeks ago) and I still need to catch my breath when I think about how pompous the testing therapist happens to be. Six hours she spent with him and she decided who he is and who he is going to be for the rest of his life. Oh and by implication that hubby and I are morons and inadequate parents who have no idea what we are doing because we are obviously pushing him into a field that he cannot handle (according to this know-it-all). Besides the fact that we both went to prestigious law schools and hubby is a practicing attorney in NYC for almost 30 years, I guess we have no idea what it takes to make it in the legal profession. GOD IN HEAVEN.  Now I am waiting to see how she plans to tell me that HSB can't accomplish his goals too since we had her test him as well. (Did that before we received collegeman's results.) I also can't believe I paid a small fortune for this crap too.

I'll keep you updated. I wonder when it becomes time for us to say goodbye to the psychiatric field and just deal with things on our own. Now is probably not the time with all the upcoming stressors and transitions, but I think we are getting very close. I am starting to really have had enough.